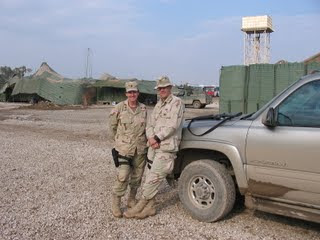 - Debra Harrison and I - 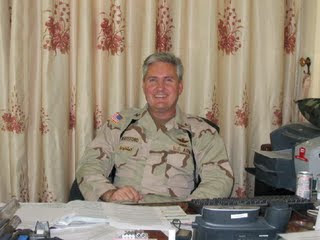 - Curtis Whiteford, at his desk in his office in the Hotel Babylon, Al Hilla, Iraq -

"Curtis Whiteford, a former colonel in the U.S. Army Reserves, was sentenced today to five years in prison for his participation in a wide-ranging bribery conspiracy in Al-Hillah, Iraq." I knew Curtis Whiteford and worked with him while I was in Iraq. I have written about this wide ranging and complex incident previously, in February 2007, August 2008 and June 2009.

"Whiteford, 53, of Deweyville, Utah, was charged in a 25-count indictment unsealed on Feb. 7, 2007, along with former U.S. Army Lt. Col. Debra M. Harrison, former U.S. Army Reserves Lt. Col. Michael Wheeler, and civilians William Driver and Seymour Morris Jr., with various crimes related to a scheme to defraud the Coalition Provisional Authority-South Central Region (CPA-SC) ... According to testimony at trial, Whiteford and Wheeler conspired from December 2003 to December 2005 with at least three others--Robert Stein, at the time the comptroller and funding officer for the CPA-SC; Philip H. Bloom, a U.S. citizen who owned and operated several companies in Iraq and Romania; and U.S. Army Lt. Col. Bruce D. Hopfengardner--to rig the bids on contracts being awarded by the CPA-SC so that more than 20 contracts were awarded to Bloom. "

I worked with Whiteford, Harrison, Hopfengardner and Wheeler at CPA-SC for five months, from October 2003 to February 2004. Debra Harrison worked for me during the period that I was there. To my knowledge, her crimes were committed after I left Hillah (she remained behind in Iraq until July 2004). I had no idea Debra or any of these other people were conspiring to defraud anyone.

There was a lot of money, cash money, being passed out all over Iraq during this period. The banking system didn't work. No one accepted credit cards. Checks were out of the question. All of the reconstruction contracts were done as drug deals, with bags of cash (American dollars) handed over, moved about and stored. I read military situation reports about the movements of truckloads and planeloads of cash.

I wasn't in on the money side of the business. My good friend Leo Rivera passed out a lot of cash during the same period while he was in Tikrit with the 4th Division. There was cash around, but I didn't see it, touch it feel it or smell it. And I didn't want to.

Had I known that there was any criminal activity I would have reported it immediately. But I didn't know about it. By virtue of the rank Curtis Whiteford held, the oath that he took and the daily interactions that I had with him over a five month period, I had faith and confidence that Curt was executing his job as Chief of Staff properly.

Boy was I wrong.
(Debra Harrison giving bottled water to some Iraqi children) 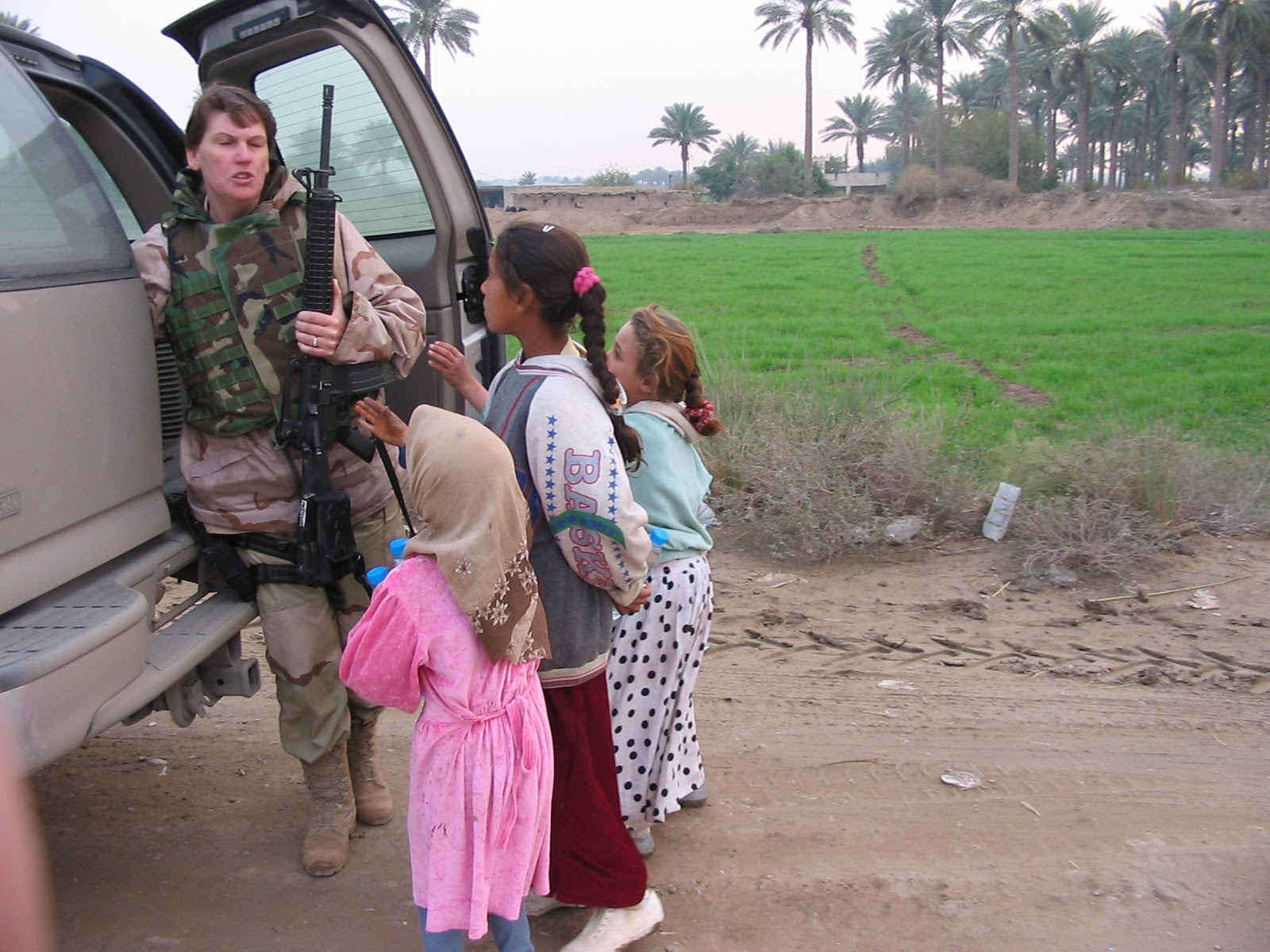