After 3 years of holding the National Mass Care Exercise in Tallahassee we're holding the 2015 Exercise in Austin, courtesy of the Great State of Texas. Planning is already underway for Missouri to host the Exercise in 2016 and we are looking for a state in the FEMA Region 5 area (the MidWest) to play as host for 2017. After action reports on the previous Exercise are available on the State of Florida Mass Care website.

We have been working on planning the Texas Exercise since last August. Because of my record of putting on 3 successive exercises with no budget or staff, I was asked to help out with the planning for this year's exercise. I agreed because I'm all about training up the rest of the country in state mass care coordination so that they will be ready to come to Tallahassee and help me when the Cat 5 hits Miami.

The National Hurricane Conference also happened to be in Austin this year so we took advantage of the fact that a number of key out-of-state planners (including myself) were attending the NHC to hold some meetings and on-site visits with our Texas partners (or podnuhs, as they say in the Lone Star State). We visited the State Operations Center (SOC), housed in a 1953 era underground bunker as well as Camp Mabry, the location selected to house the 3 mass care task forces that will be established and operated during the exercise. 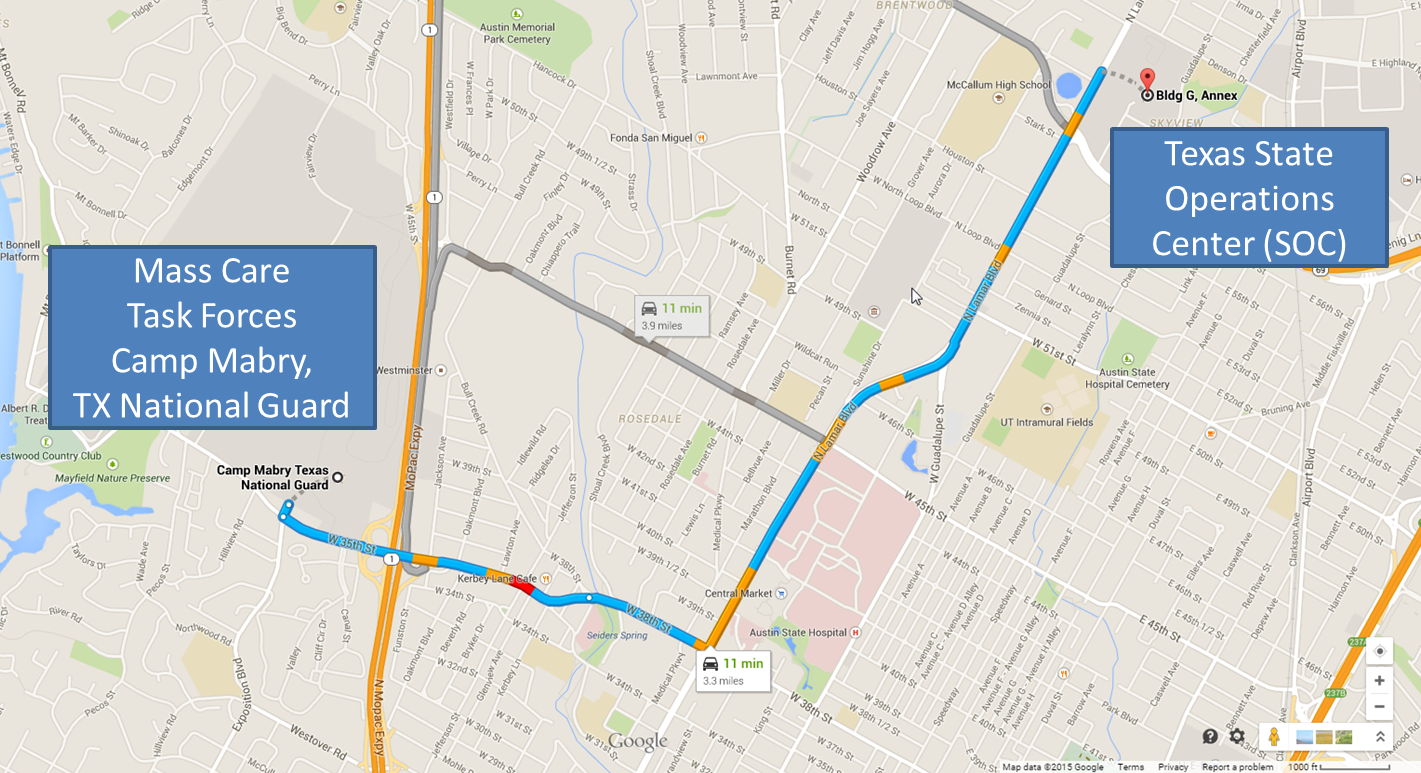 A state establishes mass care task forces when the size of the disaster overwhelms their ability to coordinate an effective response. In 2004 we tried to meet the demand for additional mass care coordination by drafting state workers for the job. This solution was less than satisfactory. In big disasters we need augmentation by skilled emergency managers and mass care subject matter experts. The only way to get these people is to bring them in from out of state. How do we organize and employ these additional personnel? We establish mass care task forces. 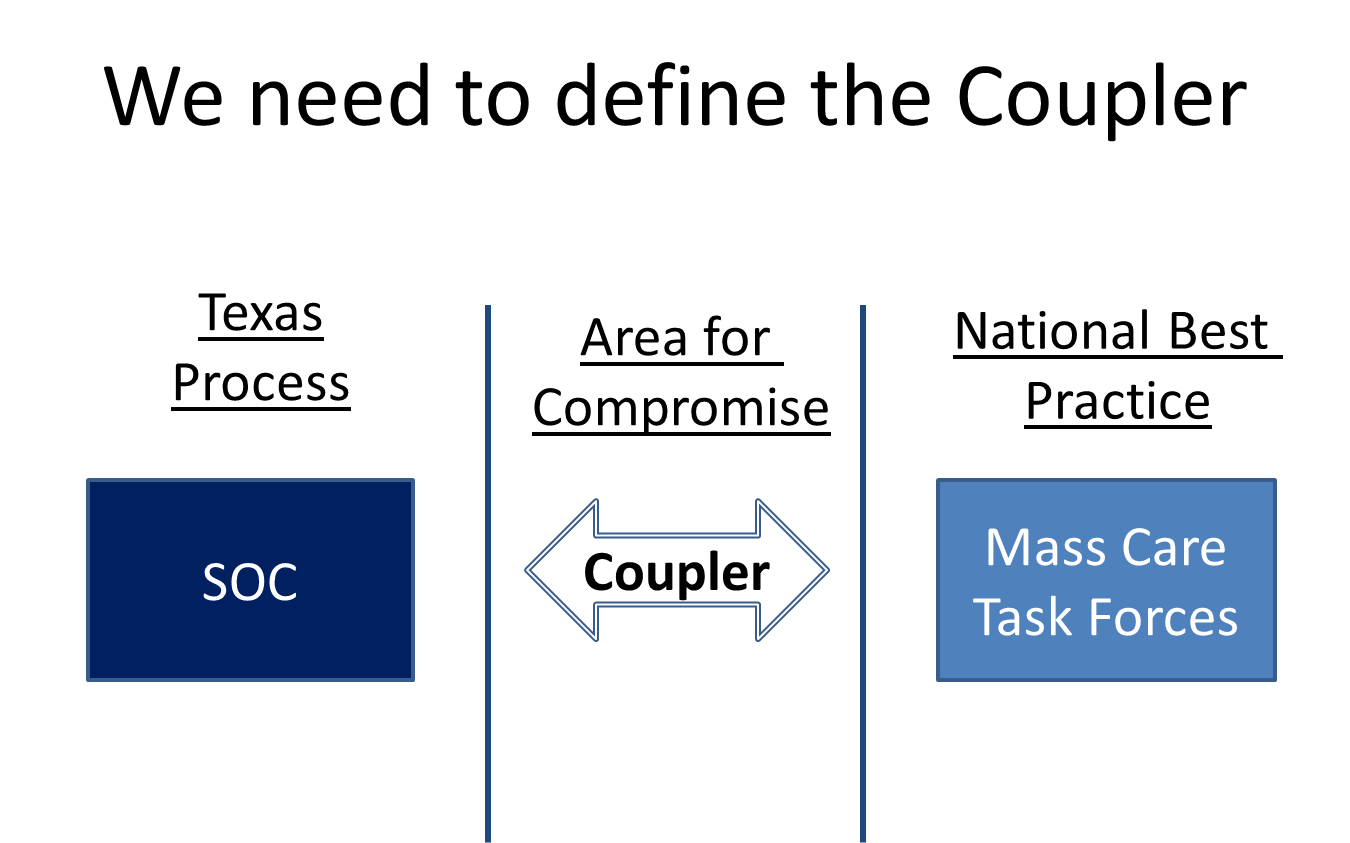 These task forces will be much more effective if the incoming people are trained and exercised on a common mass care task force structure and function. That's the process that we started in Florida, will continue in Texas this year and carry forward in Missouri next year.

Plus, the exercise will be a lot of fun. All the cool people will be there. I'm looking forward to it.

Posted by Mike Whitehead at 3:17 PM No comments: